Painting the figure is complex. There are a lot of things that need to be taken under account, such as proportion, anatomy, value, color – not to mention the gesture and expression and how each part of the painting relates to the whole.

The more complexity the artist can retain at any given time, the better off the painting will be, because the more factors would be calculated into each brush stroke. However, in reality, doing all of it at once is too daunting a task. It gets easier with experience, since more and more knowledge becomes automatized, but still, a lot of complexity remains anyway.

So, the artist must come up with a method of reducing that complexity into manageable steps. Traditionally, this is usually achieved by doing a block-in (a simplified drawing of the major lines and value shapes), then painting a light, transparent, monochromatic version of the subject, to figure out the value scale of everything and then finally adding the color.

This way, every aspect of the complexity is dealt with one at a time. In what’s called Ala-Prima painting, everything has to be done at the same time more or less. The accuracy of the drawing, the values, colors and the integration of every part of the painting around its theme or focal point.
However, even in doing this there are ways to reduce the complexity and dealing with it one thing at a time. Different people would prioritize what to “solve” first differently. This realization struck me clearly as I saw a picture of the following painting by Morgan Weistling in mid-stage of making it:

Look at the girl’s left hand, the one not fully painted yet. This, for me, was the giveaway. The interesting thing here is what the artist prioritized – what complexity he chose to target first. In this case, it wasn’t the structure; it was the color and value relationship. As you can see, the hand is still lacking its structure – there are no knuckles, the fingers are not yet separated and the exact outline formed by each finger is not yet accurately described. From this general paint blob, he will later carve out, or add, the structure.
Another thing that was being solved there was the proportion and the general shape. The artist was able to do that because, after years of drawing experience, those things come easily and are well automatized.

With most artists, I believe, the drawing aspect is the one issue that needs to be solved first, because it holds the most complexity, and everything else is then built on top and in relation to that initial stage. (That is the case with me with most paintings, with some exceptions).

I think that there can be two approaches here: One is to first put down the easiest thing to solve, what one already has automatized, and then build the complexity and other aspects on top of that. Or the other approach is to first start with the most complex part, get it out the way and then build the other things on top.
It is much easier, in my opinion, to use the second method, because without it, an artist can get a sense of being overwhelmed with the complexity, which isn’t made a lot better simply because something like the value or colors have been figured out. However, I think it makes for a better painting or drawing when the value is prioritized first, and the structure emerges from it rather than the other way around.

Velasquez is an excellent example of this. He has the structure well automatized that he is able to put it last, not first, and since his primary focus is value and color, he can imply the structure in a subtle yet accurate way, just enough to get the idea across, without describing everything in detail. It gives the viewer a sense of epistemological power; a sense of being able to mentally hold complexity in a simplified form; a sense of control over complexity. 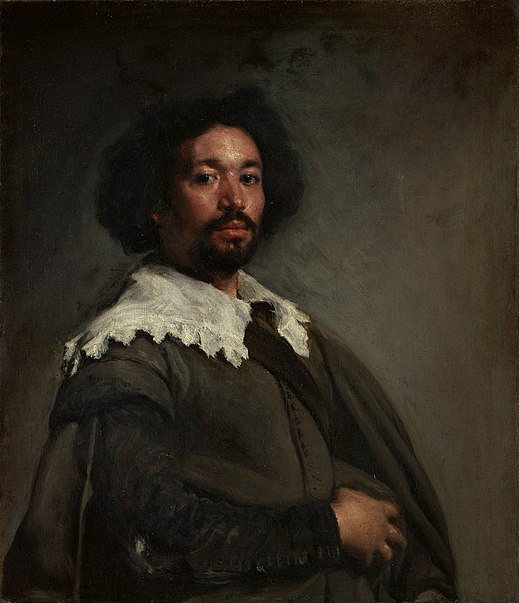 Value, in a work of art, is the primary tool for unification and differentiation. It can be used to sharpen differences between objects of to unify them and send them to the background. Both are important in a work of art, because art described things in a selective way – it enhances the central aspects of a painting and de-emphasizes the ones that serve merely as context or setting for the main focus.

Incidentally, while I admire the painting style of the first artist I shared here by Morgan Weistling, I think he utilizes the same style all over the painting non-selectively. A lot of artists do that, with different styles (it can also be done with photo realism). Compare that to this painting by Ilya Repin, a Russian painter from the 1850’s – notice how the ships in the background are mushed together in value and lack detail to de-emphasize them and send them to the background, while the men are described much more and appear to emerge. I think this selectivity of rendering makes for a superior art work.
Therefore, I think it is wise to start a painting with the values figured out, and then have the structure emerge out of that, slowly and in a controlled way, creating the emphasis only where the artist needs it to be.
The problem here is that it is more difficult to describe (or what I call “solve” or “figure out”) the structure rather than the value, and so if all your canvas has is the general values, the entire complexity of the drawing needs to be solved as you go. Ouch!
I think a solution to that is the wipe-out process, which retains some information of the drawing while still unifying the values across the entire painting.

Anyhow, I don’t feel like I’ve reached a definite conclusion, but rather made some interesting observations about how an artist approaches a painting and deals with its complexity.

I think in most cases, the artist will first solve what is most difficult and what takes up most of their mental space. This changes over time once some aspects become more automatized compared to others (these are usually what the artist is most fascinated with).

I’ll have to continue this line of thinking some other time!

2 thoughts on “Thoughts about the Painting process”